Huamei International School (GIA Program) were allowed to enter a team into this event as we were named as “the hosts’. So GIA Middle School students were able to compete and show the other competing schools our talents and what we can produce.  James Su (Grade 8 GIA) was the team captain and took on full responsibility of choosing the students to compete both girls and boys from Grade 7-9.

It was a fantastic day and the students really worked hard and gave it everything they had. The weather was extremely hot, and the other 5 competing schools had many talented students from Grades 6-11. The students from the GIA program were amazing and really did themselves and their school proud.  There were many events going on throughout the day and medals were being won and lost in all events. Track events such as;100m, 200m, 400m, 800m,1500m, 3000m, 4x100m followed by throwing events and jumping events;Shot put, Discus, Javelin, Long Jump, High Jump and Triple Jump.

Mr. Zeng (Middle School Girls PE Teacher) was at the field supporting Mr. Lake and helping the students with their events, which was a real help. Having this event at Huamei has created 5 new partnerships between schools; this is really beneficial for the future of sports in the GIA program. Mr. Lake has constantly worked hard with the students and helping them compete in different sporting events and pushing the students to show off their talents and help them to compete and enhance their performances and increase their confidence.

Between these students they (as a team) managed to win and receive 18 medals from Gold to Bronze. Excellent!  All the students worked hard, and never game up and continued to run hard to the finish and jumpand throw to their best abilities.

It was amazing as a Teacher to see the passion these kids have for competing, supporting each other and never giving up. Shouting, Cheering and giving each other confidence during the events that were taking place. The Middle School GIA students set such a great example by behaving well and acting appropriately and helping the other schools with their questions and queries.  The GIA Middle School have been asked to join the PRC International sports setup next year and have been asked to host this same event again next year. This is a huge honour for our school and a big special thanks to the students.

This was nothing to do with Mr. Lake this was all down to the sheer excellence of the students and how dedicated they were, how positive they were and how much they enjoyed competing against other international Schools. BSG and Utaloy both came to me (Mr. Lake) and said that our students are real role models and assets tothe school, by caring and showing how very talented they are. They said our boys 4x100m relayteam as the fastest to date but despite the DQ we should not give up but continue to work hard and enter more running competitions.  The boys relay team ran a 51 second 4x100m race. This is incredible.

Schools that were competing against Huamei were:

So again I want to thank the students for an excellent day and I really want other students to see that they are role models and set an amazing example for sport here at Huamei International School.

Middle School Admin Team and directors should be so proud and make special thanks in an assembly or in person and reward them deeply. As the GIA PE Teacher I am so proud. 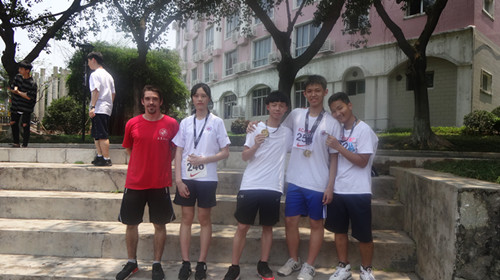 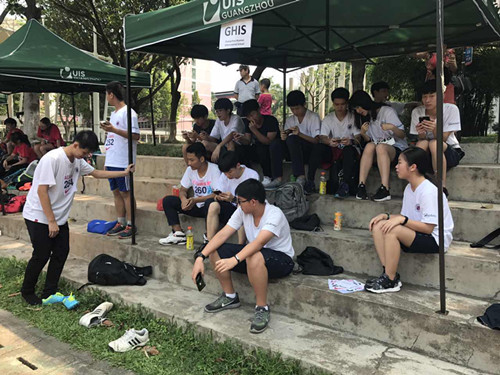 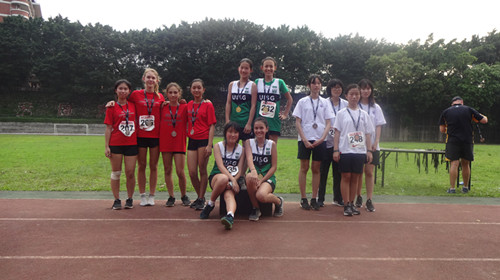 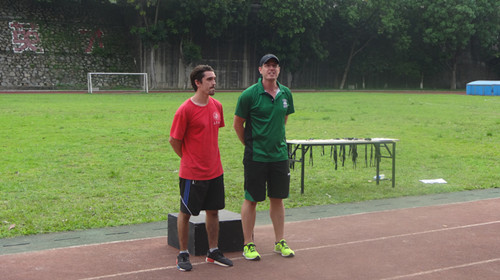 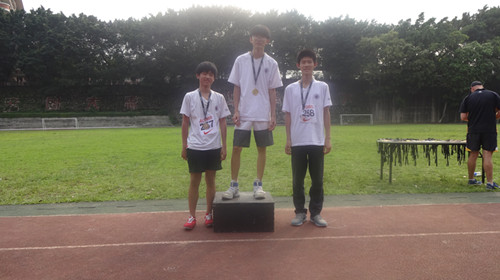 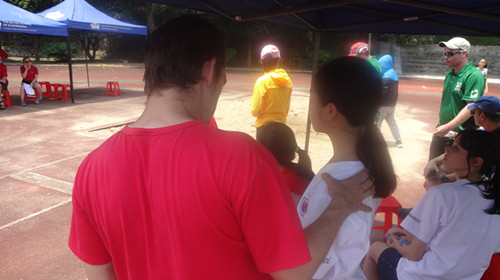 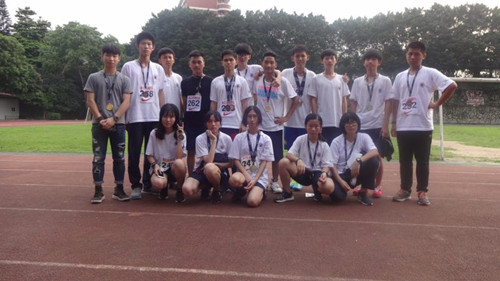